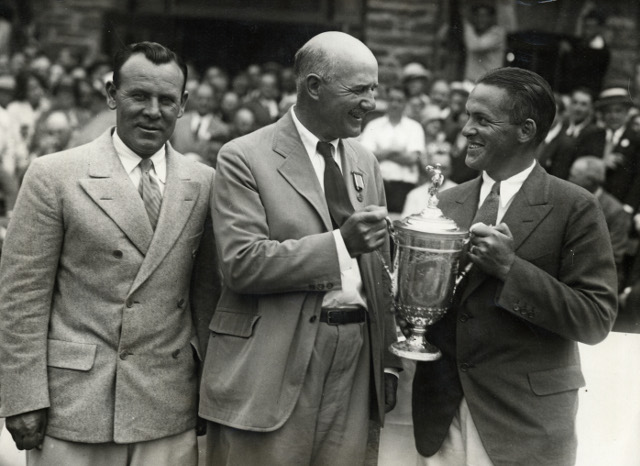 The 1920s was quite literally the decade that set the foundation of Winged Foot. Charles “Nibs” Nobles led a group of New York Athletic Club members who sought to find their own land for the purposes of building a golf course. After acquiring the land, Nobles selected A.W. Tillinghast to design the East and West courses. Clifford Wendehack, among the foremost residential architects of his era, conceived the now iconic Winged Foot clubhouse. On April 14, 1923, the cornerstone was laid by the membership, and two months thereafter the first golfers teed off on Tilly’s masterpiece. The decade was capped by perhaps the club’s finest championship moment when the great Bobby Jones claimed the 1929 US Open. It is difficult to imagine a finer start for a club than was had by Winged Foot in the 1920s.