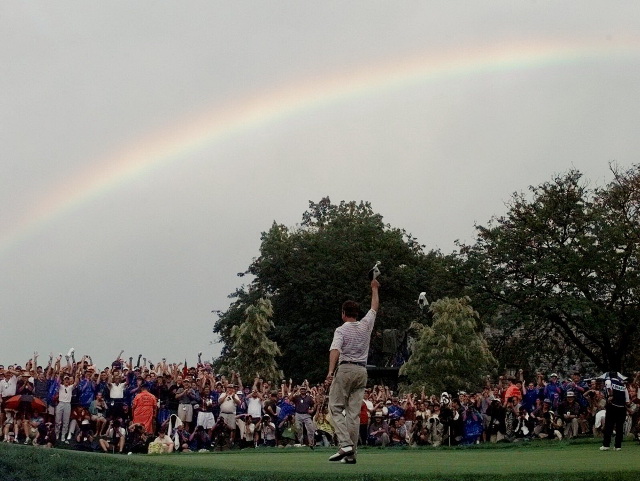 The decade of the 1990s celebrated the 75th anniversary of the founding of the club. Winged Foot expanded upon its founding traditions, continually improving in condition and functionality to stand among the top clubs in the world. This was never more evident than during the 1997 PGA Championship, when Davis Love, III earned the Wanamaker trophy with a five-shot victory. Love’s dramatic finish under a rainbow has become one of the most memorable in PGA history. With the close of the century, Winged Foot had fulfilled every dream, and more, that was imagined by its founders.