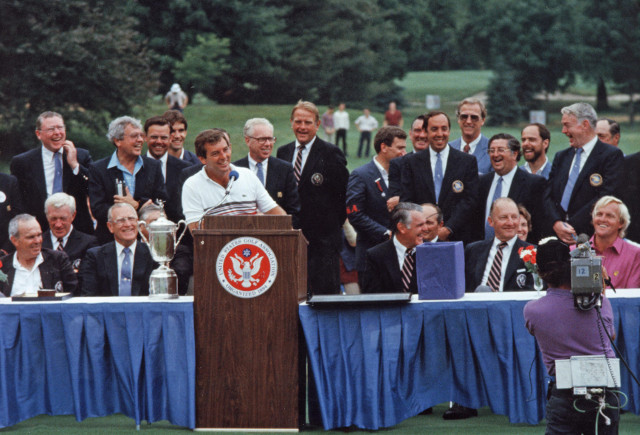 The 1980s was yet another decade where the club hosted two USGA Opens. In 1980, Winged Foot made history by hosting the inaugural US Senior Open Championship. The event was a resounding success, won by the gregarious and talented Argentinian, Roberto DeVicenzo. DeVicenzo finished four strokes ahead of the great lifelong amateur, Bill Campbell. In 1984, the club hosted its fourth US Open, which was won by Fuzzy Zoeller in a playoff over Greg Norman. The dramatic duel between Zoeller and Norman was riveting, again placing Winged Foot at the center of golf’s greatest championship moments.