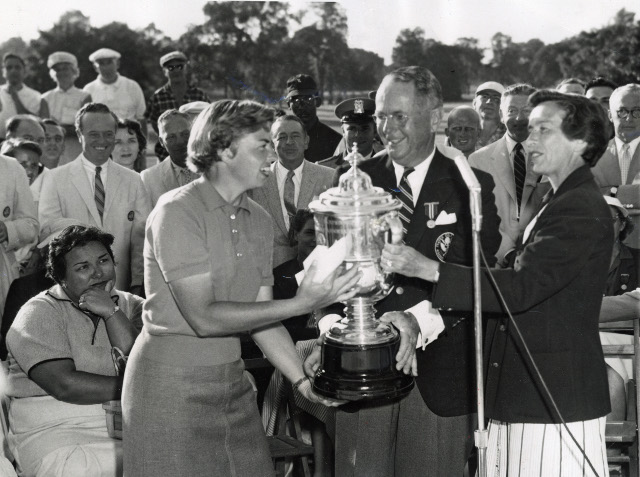 The characteristic optimism of 1950s America did not escape Winged Foot – and for good reason. The clubhouse and the grounds received expansion and beautification throughout the decade. The golf courses remained atop the finest in the country, hosting both the Women’s and Men’s US Open championships. Betsy Rawls claimed the women’s title in 1957, but not before a great deal of controversy, when the apparent winner, Jackie Pung, signed an incorrect scorecard. In 1957, Winged Foot made Ben Hogan, its Goodall Round Robin champion, an Honorary Member. At the end of the decade, Billy Casper won the 1959 US Open, edging out Winged Foot pros, Claude Harmon and Mike Souchak, who finished tied for third.