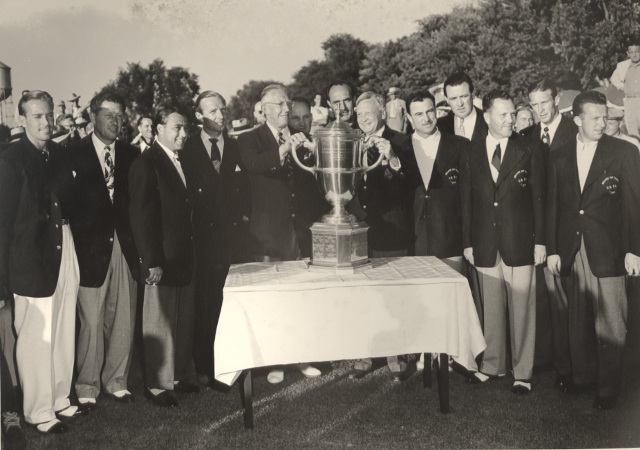 The decade of the 1940s started auspiciously, as Winged Foot member, Dick Chapman, was crowned the new US Amateur champion. Chapman’s victory on the West Course was dominant, and Winged Foot stood firm among the toughest tests in golf. Craig Wood won the Masters and US Open in 1941, giving the club three major championships in less than a year. Wood retired from the club in 1945, replaced by another popular and successful professional, Claude Harmon. In 1946, Ben Hogan claimed the Goodall Round Robin Tournament with stellar play. With the war years in the rear-view mirror, Winged Foot hosted the 1949 Walker Cup Matches. The United States team, captained by Francis Ouimet, defeated the British side by a resounding margin of 10-2.